Hi everybody! Hope you all have enjoyed reading my previous four posts:

My Travel Diary – New Delhi to Chandigarh and Amritsar

My Travel Diary – Amritsar to Dalhousie and Khajjar

My Travel Diary – Dalhousie to McLeodganj

After breakfast, I spent some time window-shopping and slurping on frozen Choco bars at Bhagsu. Since the hotel check out was at noon, I returned back to deposit my bags in the reception. The reporting time for the bus to Delhi was 5:30pm at Mcleodganj bus stand. So I had nearly five hours on hand to continue my sight-seeing. I had already covered the entire stretch of McLeodganj two days ago. I enjoyed walking down to the main square every day.

The weather had been very kind to me since my arrival. The heavy rains had stopped and for two days it merely drizzled at night. I stopped for lunch at the Tibetan Kitchen and spent some time just wandering about. The previous day I had been surprised to discover that despite the variety of shops at Bhagsu catering to tourists, there was not a single chemist shop around. The nearest one (and the only one) was at Mcleodganj main square.

On my way back to Bhagsu, I inadvertently followed the road to Dharamkot. I realized my mistake when the ringing of my cell phone snapped me out of my reverie.  I saw the Tibetan Institute of Performing Arts (TIPA) before me. The shortcut went through this place. I took the opportunity to look around the place. TIPA is the home of lhamo, the arrestingly colourful and unique folk opera of Tibet. It preserves a wide repertoire of musical, dance and theatrical traditions from Tibet.

While I was there, the strap of my sling bag suddenly broke off.  I didn’t know where to look for thread and needle to stitch the strap so I approached some Tibetan girls who were practicing on their music instruments.  I couldn’t believe my ears when they told me there was a “tailor room” inside the building! Inside the room, two Tibetan women were busy with their sewing machines, working on some theatre costumes.  I showed one of them the strap which had come off and she immediately kept aside her work to help me. My problem was solved within a few minutes!

Here’s my video of TIPA :

I just loved McLeodganj, especially Upper Bhagsu. It was so calm and peaceful in the hills.

The pine forests… the fresh air… everything about the place looked amazing!

After collecting my bags at the hotel, I was on my way to McLeodganj Bus Stand by taxi. There were plenty of cars on the narrow road creating a traffic jam. It didn’t bother me as much as the swarm of local insects which was passing by. They were harmless yet irritating. Buzzing around like bees, I was stuck in the car with five of them. I quickly got down from the car but there were more of them outside… 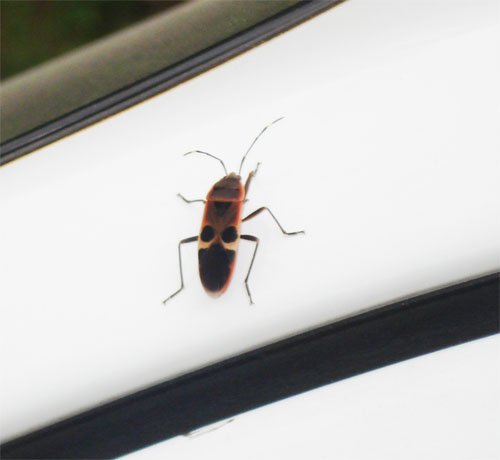 The Volvo bus departed at 6:30pm. I was told that the bus would reach Delhi at 5:30am which I thought was too early to get transportation to my hotel. Thankfully, one of the bus staff who was from Delhi offered to help me get an auto rickshaw that would charge me the normal fare to Connaught Place.

Half an hour later, the bus stopped at Dharamsala to pick up some more passengers.  A family of five from Delhi had some problems with the seating arrangement. The mother complained that they had booked the five seats, four in the same 2X2 row and one window seat in the row behind. But on boarding, they found the seats to be in three separate rows. She spent twenty minutes arguing with the bus staff who tried to persuade the other passengers to give their seats to the family. One of the bus staff requested me too but I politely refused to give up my window seat. Since my seat was right behind hers, the mother told me she wanted her bacche (children) to be seated near her. She wanted me to give up my seat.  Again, I politely refused.  When she insisted, something snapped within me. “Chottey bacche thode nah he, kitne badhe he! (They aren’t small kids, they are grown-ups!)” I exploded. Well, the bacche looked like 14-17 year olds to me!

There was complete silence. The mother sat down in her seat while her husband looked visibly annoyed  with her. The bus staff was probably wondering if I was the same sweet-voiced girl chatting with them forty minutes ago. The bus moved on.  I could hear the husband rebuking his wife for treating the children like small kids when they could take care of themselves.

After the dinner halt, I could sense a rift between the two and felt a bit uncomfortable, feeling partly responsible for it. But the discomfort was replaced with a smile a short while later. The bus developed some problem and had to stop for some time. Few people got down for some fresh air. The eldest son had got down too but his mother wasn’t aware of it. She realized it when he climbed in. “Beta tum niche utarey the? (Son, you had got down?)” She asked in a surprised voice. Her son grunted in irritation and returned to his seat.  I bet he must have enjoyed his short spell of independence!

The bus got delayed on the way due to some problem and we reached Delhi at 7:30am. The guy who had offered to help me with an auto rickshaw kept his word and soon I was on my way to Connaught Place.

I had booked a room at Hotel Bright (where I had planned to stay on my arrival in Delhi ten days ago) after getting the contact details from the internet while at Dalhousie. 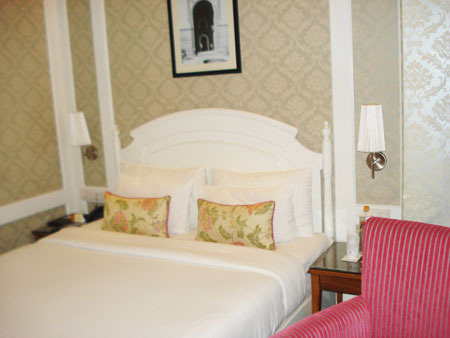 My room was “luxury at a good price”. I no longer had to fuss over bed linen and towels like I did at the hotels in Dalhousie and McLeodganj.

I showered and had a hearty breakfast… 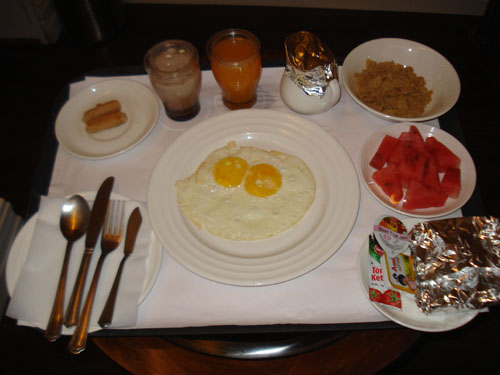 In the evening, I did some window shopping and then went to the Warehouse Cafe.  The place was lovely and the best part was the roof top level which offered an amazing view of the Connaught Place. 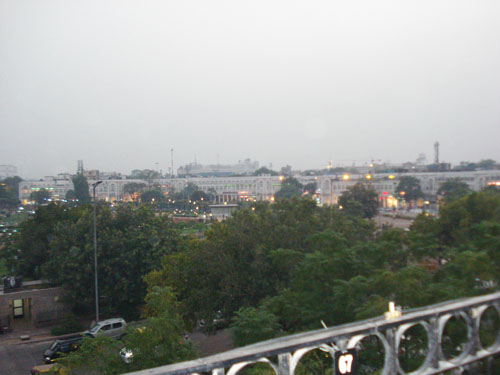 The Tom Yung soup and the Fish Tikka were awesome but the ice cream platter disappointed me.

I was to move to the Army accommodation at Maneckshaw Centre but I preferred the  lively Connaught place area so I decided to spend one more night at the hotel.

I liked the food and ambience of the Warehouse Cafe so I went there again for lunch. I was surprised to find these Tequila brands in the bar menu!

I opted for the beer brand that I used to have in Mexico… Corona Extra! 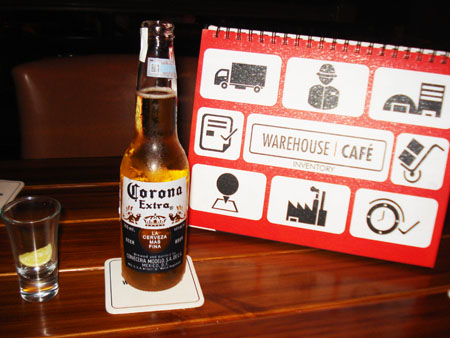 There was a pool table near the stairs which led to the first level that had a sofa setting.

I had grilled prawns with beer and then went for a movie at the Odeon.  Earlier, I had been there to see if there were any late afternoon shows of some good movie. In Hindi films, I had a choice between comedy and romance. I had opted for the former and booked a ticket for “Fukrey”. A great decision because the movie was so entertaining it had me in splits for most of the time.

During interval, the advertisement of Nirula’s ice cream tempted me to search for that place in the huge Connaught Place.  There was nothing special about the ice cream and the popular fruit salad sundae that I tasted.  I missed the Naturals ice cream of Mumbai.  It was so hot in Delhi that soon after I had a Choco bar at one of the many Kwality ice cream carts in the area.

Tired of the weather, I decided to have dinner in my hotel room. It was delicious…chilli chicken with noodles!

Coming up next:  My Travel Diary – New Delhi to Mumbai

2 thoughts on “My Travel Diary –McLeodganj to New Delhi”